Hello Pro you can find a Palmtree at
http://perso.wanadoo.fr/tptptmods/pageO ... ARIOUS.htm ( reload NWNBMPPACK i have update it )it come from NWN , i'll cheeck if i have others palm trees ,i think i have ever do models

[8D] Sorry. I missed the palm tree. The pics are a bit dark.

btw. Does the fish have a 1H anchor. I can't seem to pick it up.


I have been putting up tents today. They look great. (I had to tweak the textures slightly to suit the lighting).

Pro ,
In Fish i have :
Blade_Anchor_1H_L
Blade_Anchor_1H_R
Blade_Anchor_2H
Blade_Anchor_Inv
But in game i can take it and use it like food or potion with no problem .
if you need , i can add Blade_Anchor_1H and update it .Just tell me
For the Palmtree i have work on , so i had more leaf and visible undernearth and on top , and a version with coconut
http://perso.wanadoo.fr/tptptmods/pageO ... ARIOUS.htm

[xx(]Houps ! Pro and the others who have download object on my web site , if you have problem with textures it's because you need the newsobjectspack1 http://perso.wanadoo.fr/tptptmods/OBJEC ... spack1.zip

I've already asked about importing whole maps earlier in this thread, and I got negative answers [}:)].
But seeing your boat I am wondering again : wouldn't it be possible to import something like a castle (built in 3DStudio or wathever) as a single big object ?
Then you'd have to add barrels, doors, crates, ennemies and so on, but a significant (?) part would be done... If you think it would be impossible, could you explain me why (briefly [8D]). Maybe because it would affect system performances ?
I'm asking this for several reasons :
1. I haven't had a look at LED until now, but I fear I will be to lazy to dig in.
2. I'm finishing my architecture studies, so as you might guess I'm quite skilled [8D][:D] at modelling with 3D programs (especially Max, since I've tried to make it one of my most valuable graphic skill (...lame)
3. Thus I could start some maps rather easily. Of course I won't deny the obvious : it takes much more than this to make a good map, and it will be such a long time until I reach the skills of our master-mappers here
4. A few days ago, I was thinking of a map where the action takes place aboard ships.
Something like this (sorry it will probably sound childish as I write it down, for my english is quite limited) : the orcs are planning a huge naval raid against the coasts. Tukaram, our hero, is fishing away from the shore (deep sea actually, anyway we all know he's brave enough [:D]). He notices through the fog a huge warship (pirates of the caribbean -style), so he comes closer silently (Pirates (the movie by Polanski) -style)) and he get aboard. He'll have to kill the orcs onboard on the 3 or 4 decks of the ship (if you've played Seadogs, or even better Pirates of the Caribbean, you'll see what I have in mind), free the slaves, they help him taking care of the orcs. Then we can see another warship from the orcish fleet closing in from the rear (hehe, of course, since all the crew is dead, the ship on which Tukaram is is slowing down...). Only solution : board the incoming ship, with the help of his new allies. In the end Tukaram becomes a dreadful pirate [:D]. I might be a bit to ambitious ... But making a good-looking realistic ship with Max is rather easy, then you just fill it up with barrels, cranes, rope from Severance, you don't forget the orcs, and then loads of scripting, and there you go. I can assure you it will look good. [:p].
I want your homework in my office tomorrow. [:D]

Well, one step at a time, I know, so my first step will be to get an answer to my first question : would it be possible to import a huge object as a building ?

Oh, and by the way, any of you, feel free to steal my ideas, I'm pretty sure you'll do better than I would [;)]. Really.
Top

Tente model looks great. The other big tent (5 or 6 ??) needs a bit of work as the roof is transparent from inside as is the curtain at the door.

I suppose it is is possible to make big objects and use them as you say, but the Blade engine references the structure of the map differently to objects, (e.g. enemies can 'see' though objects.)
But if you are proficent at max then LED shouldn't give you much trouble. You just have to grasp the concept of making spaces in a solid block rather then making solid things in empty space.

btw. The scenario you describe is very close to part of F4. 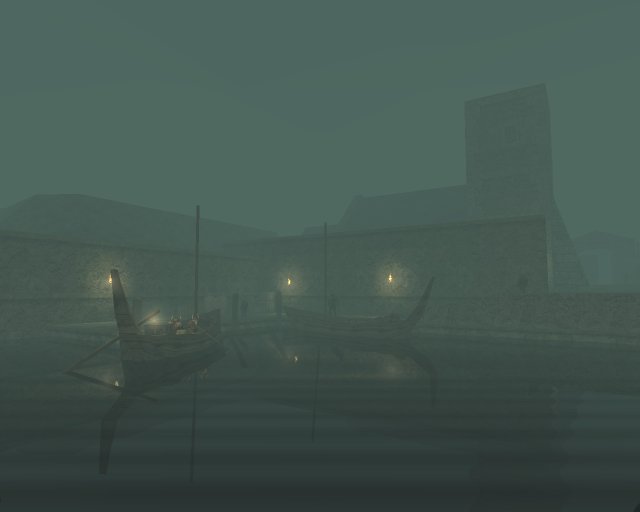 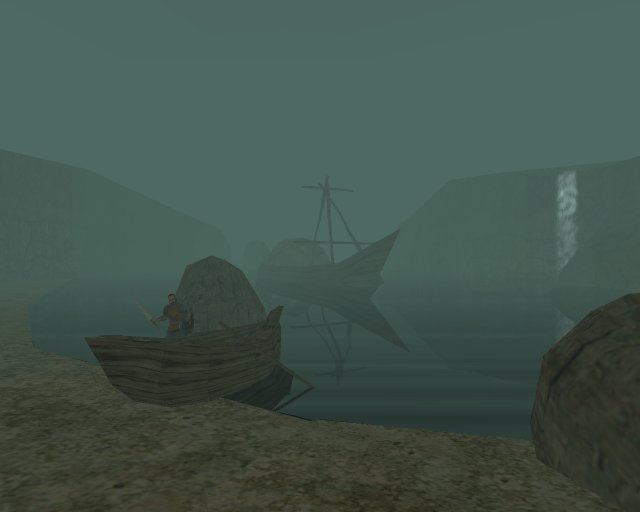 Look very good your boats Pro , so for the tent i will look what i can do next week , i know the problem i sloud build a inside skin .

Taurus , i know LED is not easy to use in thir time but to make new world and construction it's the way you should take ! If you need help send me mail in french it should be more easy for us .
For max if you have study this program , it's a good new you can create easy some new objects or characters or why not bulding but all the part must have limited dÃ©tails because the engine don't support .

I now understand a lil better why it's impossible to export a whole building from max to LED. I think my last chance is to throw myself in. Ok , i'll start with the program tommorrow. hopefully it will take me less than 6 month to come up with a correct gladiator map.

Thank for offering to help tptpt, I guess it'll be easier, as you said [:I][:p].
To everyone, keep up the good work !
Top

Hello Pro
i have modified the Tente6 now the internal wall and roof are visible you can reload it at my weeb site .