Page 2 of 24
by Argoon
No i haven't, my laptop and my PC both use W7 x64, i will try using virtualBox to install WXP to a virtual machine and see if that works, thanks for the tip prospero.

by Argoon
I'm i the only one wanting to see BOD on a new engine? How many years longer do you guys think this game will survive on this engine until it doesn't work on new OS's or GPU's anymore?

I can't do it alone, i'm no animator, i'm no coder I NEED YOU for this to happen, we have a engine, we have the animations (just need conversion) we have the models (just need some tweaks i already made that to some) textures we will use the original ones for now, we just need for the most part coders and animators willing to spend some time making the multiplayer/gameplay code and convert the BOD animations for the new engine.

Harrison is working on making the animations exportable and until that happens there's not much we can do. He mentioned Panda3D as a viable engine, since it supports python.

I'm still working away on my own mod, but I'd like to help with any conversion mod too. If everyone agreed on one engine, then work on map construction could begin. Even with a modern map editor, it will still take many months to create a decent map.
by Argoon
Good to know that i'm not the only one, but i don't speak Russian so is hard for me to follow the OGL forum, even with google translate. About Harrison working on exporting the animations, that is fantastic news, that guy deserves a medal he single handily changed the BOD destiny forever. About the engine choice i comprehend why the preference for a engine that supports python, it will be easier to old BOD coders to migrate to the new engine, so i say go for it Panda3D can indeed be the engine of choice.

Edit: from what i was able to learn about Panda3D it is a berbones engine and very coder oriented engine, afaik there's no level/map editor and to import models you need to do that by code. Not a good start for a 3d artist like my self coming from Unity or even NeoAxis where there's a Level/map editor. [B)]
by Crawdaddy79
I just put two and two together. Hello Argoon from Rage3D [:)]
by Sir Random
<blockquote id="quote"><font size="1" face="Verdana, Arial, Helvetica" id="quote">quote:<hr height="1" noshade id="quote"><i>Originally posted by Argoon</i>


Edit: from what i was able to learn about Panda3D it is a berbones engine and very coder oriented engine, afaik there's no level/map editor and to import models you need to do that by code. Not a good start for a 3d artist like my self coming from Unity or even NeoAxis where there's a Level/map editor. [B)]
<hr height="1" noshade id="quote"></font id="quote"></blockquote id="quote">
Yeah, I just had a look myself and it's all based on models. I suppose that makes it easy to recreate the Blade maps, since they can be exported as 3DSmax models but it's not good for making new maps.
by Argoon
<blockquote id="quote"><font size="1" face="Verdana, Arial, Helvetica" id="quote">quote:<hr height="1" noshade id="quote"><i>Originally posted by Crawdaddy79</i>

Sir Random nowadays Levels are made on external 3d tools like Modo, 3D Max, etc so the difficulty is not on making the level geometry (if you know how to model) the difficulty is on importing it to the engine and make it game ready with lights, sound and gameplay. Tools are very important for the productivity of a game team so i will need to study it more to learn how the existent Panda3d developers make game levels.

edit: Ok i think Panda3D is not the best option for us after all, is just so artist unfriendly that would kill any hope of modding in the future from no coders.
Also i found out that NeoAxis does indeed support python using http://ironpython.net/ so my vote goes again for NeoAxis. I also realized Sir Random from what you said (about being able to export BOD maps geom to 3dMax), that a old LED editor user can make his levels on LED them export that to 3dmax texture it and them export to NeoAxis!! I also read that a NeoAxis developer used the HL2 hammer editor to make levels to is game in the same manner.
by Argoon
I'm making a remake (kinda) of the Vulcano Arena on NeoAxis just to make my self acquainted with it, it is VERY WIP so don't mind the visuals for now, started on it 3 hours ago.

http://i275.photobucket.com/albums/jj30 ... ulcano.jpg
by Sir Random
What are you using to create the map?
by Argoon
I made the level geometry on modo 501.

by Sir Random
I just had a look at modo 501, and it has some cool features. Have you tried exporting any BoD maps as models? It would be interesting to see how original maps look in Neo. There's a collection of BoD .MPs here:
http://blade-of-darkness.bigtruck-canad ... ditor.html

I'm trying to imagine Blade in a modern engine (with normal maps, specular lighting, soft shadows, etc), and it strikes me that we'll need high polygon versions of the player and enemy models, with high-res textures. I've no real experience with modelling, but I imagine it would take some time and skill to redo all the BoD models properly.
by Argoon
Yes Modo is a very good 3d app. No i haven't tried to export the BOD maps for the simple reason that i can't make 3dMax 2.5 work on my Windows 7 64bits.

About the characters the ones that you see on the Unity engine picture that i posted on page 1 are tessellated, for example dalgurak is 5240 polys now and looks much better

, the uv's are also remade on all the characters on that pic, i did that on two days so is not a impossible job. About High-res textures i would love to have them but the original textures look good enough has you can see on the Unity pic, and if we make the Multiplayer game fans will have the ability to remake the textures if they want, unlike the Blade engine the NeoAxis engine can render high-res textures just fine.
by Sir Random
The tesselated models look really nice, but tesselation only smooths out existing shapes, it doesn't 'add' any detail. Maybe we have different concepts of how BoD should look in a new engine.

My visualation of an updated Blade world is something like this:
http://www.youtube.com/watch?v=MGf0oGGGQqQ 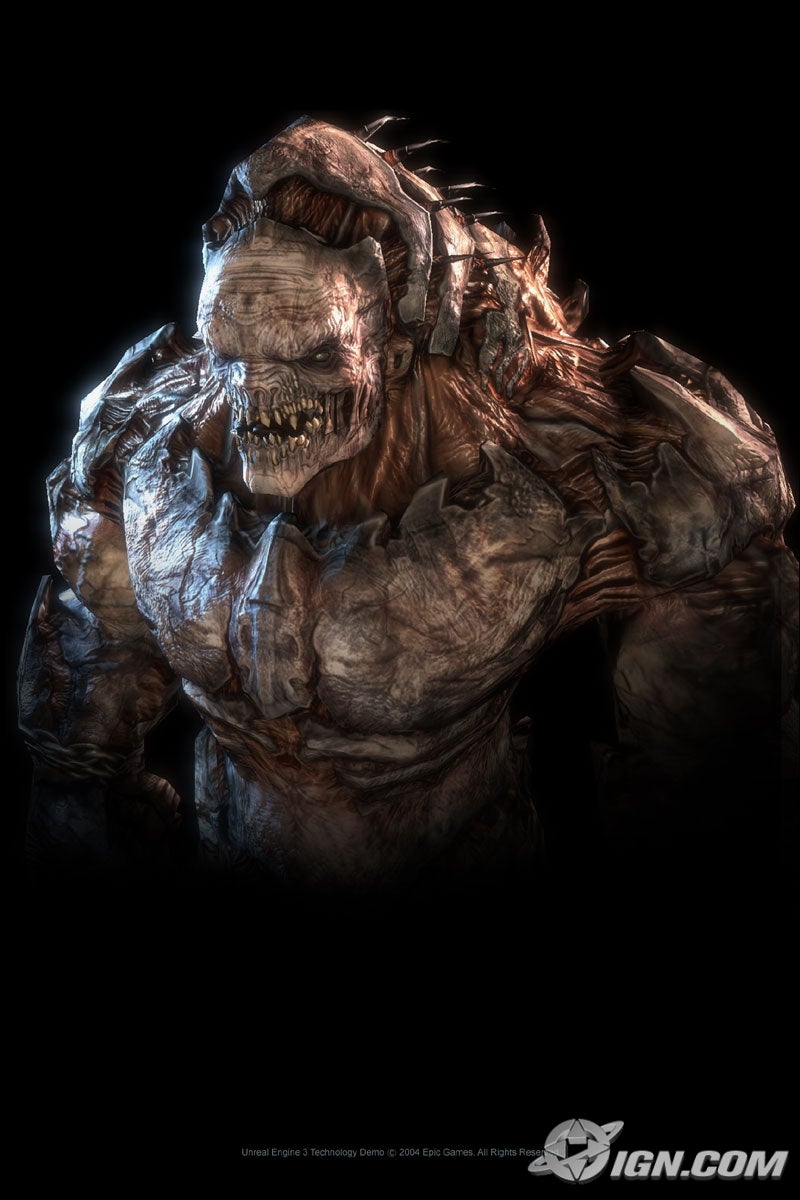 The tesselated models look really nice, but tesselation only smooths out existing shapes, it doesn't 'add' any detail. Maybe we have different concepts of how BoD should look in a new engine. <hr height="1" noshade id="quote"></font id="quote"></blockquote id="quote">

Tesselating meshes and then adjusting them in something like ZBrush is a really fast and easy way to get low-poly objects to look much nicer.

That, and doubling the size of the skin to add more detail (or just sharpening it with filters like Topaz).
by Argoon
Hi Miles yes that is something that i thought about, exporting the lowpoly models to MudBox, but sculpting a very good highpoly version of the original models is beyond me, and the problem with that is the original animations could be incompatible with this new models.

First lets get the original models in game and working (if possible) and them make the multiplayer gameplay to go with them, (if we find coders) when the basics are working good and playable, them someone ( with the skills) could make highpoly versions of the characters/textures make better levels if they want, this is the best thing about using a modern engine, we have the option to improve later if we want.
This idea is very similar to the Darkmod (doom3 thief mod) we make the tools (in a matter of speaking they are already made ;P) and the gameplay, them fans make the "Fan missions" in this case the multiplayer maps.

P.s - I forgot to say Sir Random, i comprehend what you want and i would love that, but we aren't a professional game team with 100 plus developers being payed to work and with that kind of skills (at lest me), we are a bunch of BOD fans trying to give new life to the game that we love, so lets not dream to high for now and have realistic expectations, if we are able to transfer the original models and gameplay to a new engine i (and i hope we) will be very happy.
All times are UTC+01:00
Page 2 of 24