Here's something I concocted purely for the purpose of messing around.

What has been changed from the original Ruined Village map: Use developer mode to load it; same as with other player-created levels.

Keep in mind that Ruined Village was explicitly never meant to have Arokh under player control, so there's some inevitable brokenness; and it's very easy to accidentally go outside of the level boundaries, since no suitable geometry is present to prevent that from happening.
Also, "null textures" can be seen at some of the level boundaries, in areas not normally visible to the player.

Amusingly, it turns out that Arokh actually has serious difficulties navigating the entrance to his own lair

, due to its bizarre collision properties.
There's also a whole bunch of strange and unusual collision inside the lair, which tends to pull him through the walls and thus out of bounds.

NB, all this screwing around has also enlightened me regarding an issue which I had previously held to be untenable:
Heron lived in this village a few centuries before, right? So why isn't there any convenient path between the inhabited area and Arokh's lair, then?
It's really obvious, if you think about it: why even bother with a path, when you can just call Arokh over?

Nice idea for this modificated level. To visit undiscovered places by Rynn I used before cheat "floy" so I can check places which we cannot go. In editor we can also just put Rynn in diffrent place than player original start position.As you mentioned I also have problem with flickering draw distance and problems wit layer visibility. As screenshot shows: 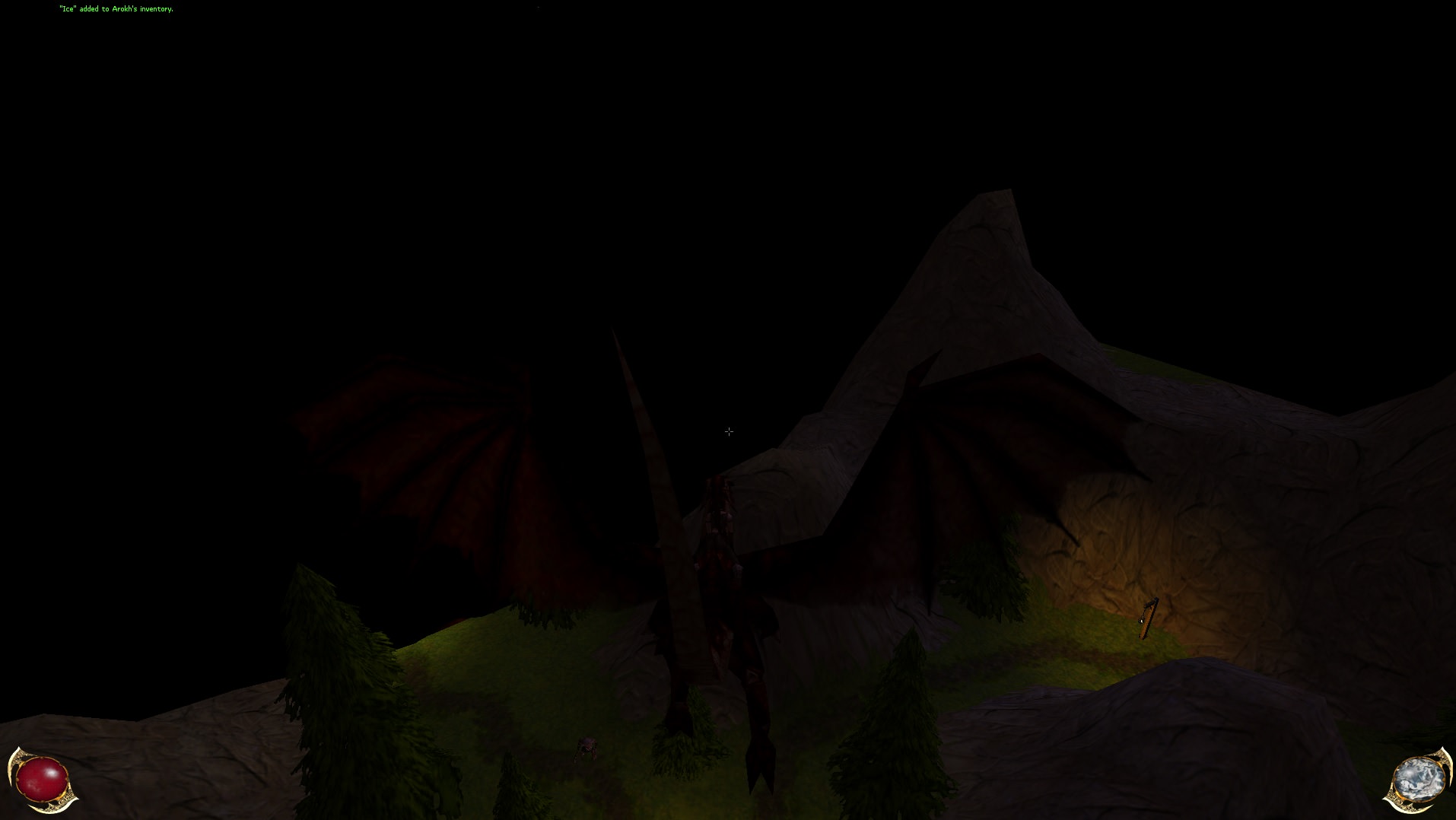 I noticed also we can skip to another level Wartok Canyons without getting "Heron's Crystal" and go to Arokh's Lair. Of course we can fly directly to Arokh's Lair and finish level as well

Arokh navigation works well in this level when we talk about following the Rynn or calling Arokh. Worse of course navigating in Arokh's Lair

There is screenshot where we have place where Rynn cannot go at all without Arokh. 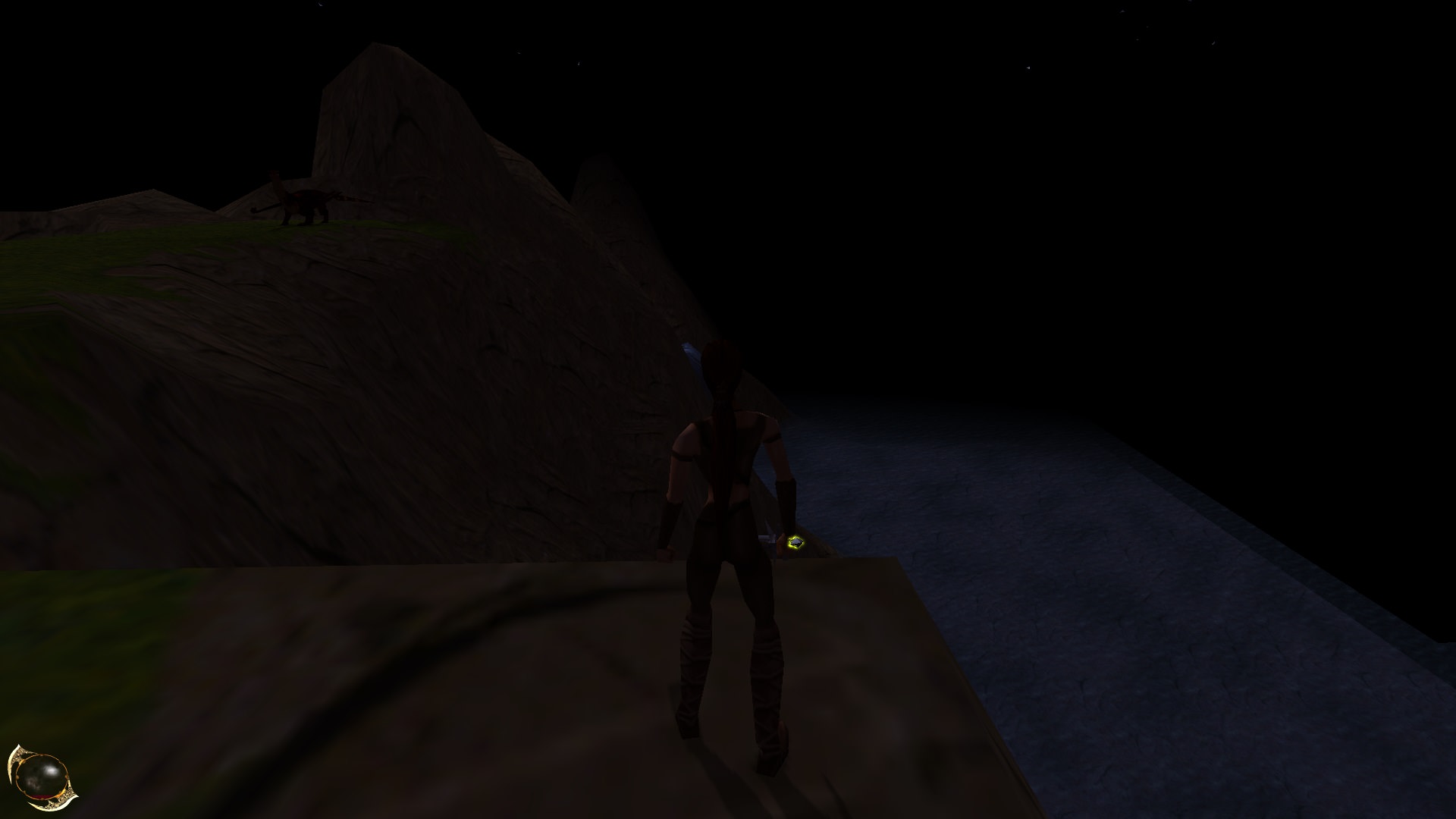 Fire balls and other dragon weapons disappear in the dark as well. And the level must have natural mountain boundaries

PS. If someone wants to add to Dragon other weapon, use \ and type "gimme magma" or another weapons such as"ice,poison, lightning"

Ok, I've replaced the level files in the OP - since I've gone back to this in the meantime, and made a much better version; this time with (mostly correct) layer visibility

Great, will give this a try out
By fire and by blood I join with thee in the Order of the Flame!
Webmaster of Arokh's Lair
Top
Post Reply
4 posts • Page 1 of 1

Users browsing this forum: No registered users and 1 guest