Hi, I decided to port map from Counter Strike 1.6 called de_dust2. Thanks to Discord member ZaRR that helped me with getting de_dust2 .obj file with textures, he mentioned this map ported to Quake, I thought it'll be nice to port it also to Drakan, quite challenge because Drakan supposed to be RPG game and it is hard to make mod with modern guns. Thanks also to Jage's help I was able to create interior dark lighting that makes more similar to CS's dust2. When I finished implement basic MP system with placing launch pads, set level properties and make 2 teams both Terrorists and Counter Terrorists, Jage also had idea about making guns. So I decided to do so, there is still beta version because I wanted to create more features. Another thing is that fistly I wanted to port only de_dust2 map, but for sure Ill port another maps such as de_aztec or de_inferno, maybe even more modern maps such as de_nuke, all depend if new Rynn's skins will also appear.

If you want to be beta tester, let me know 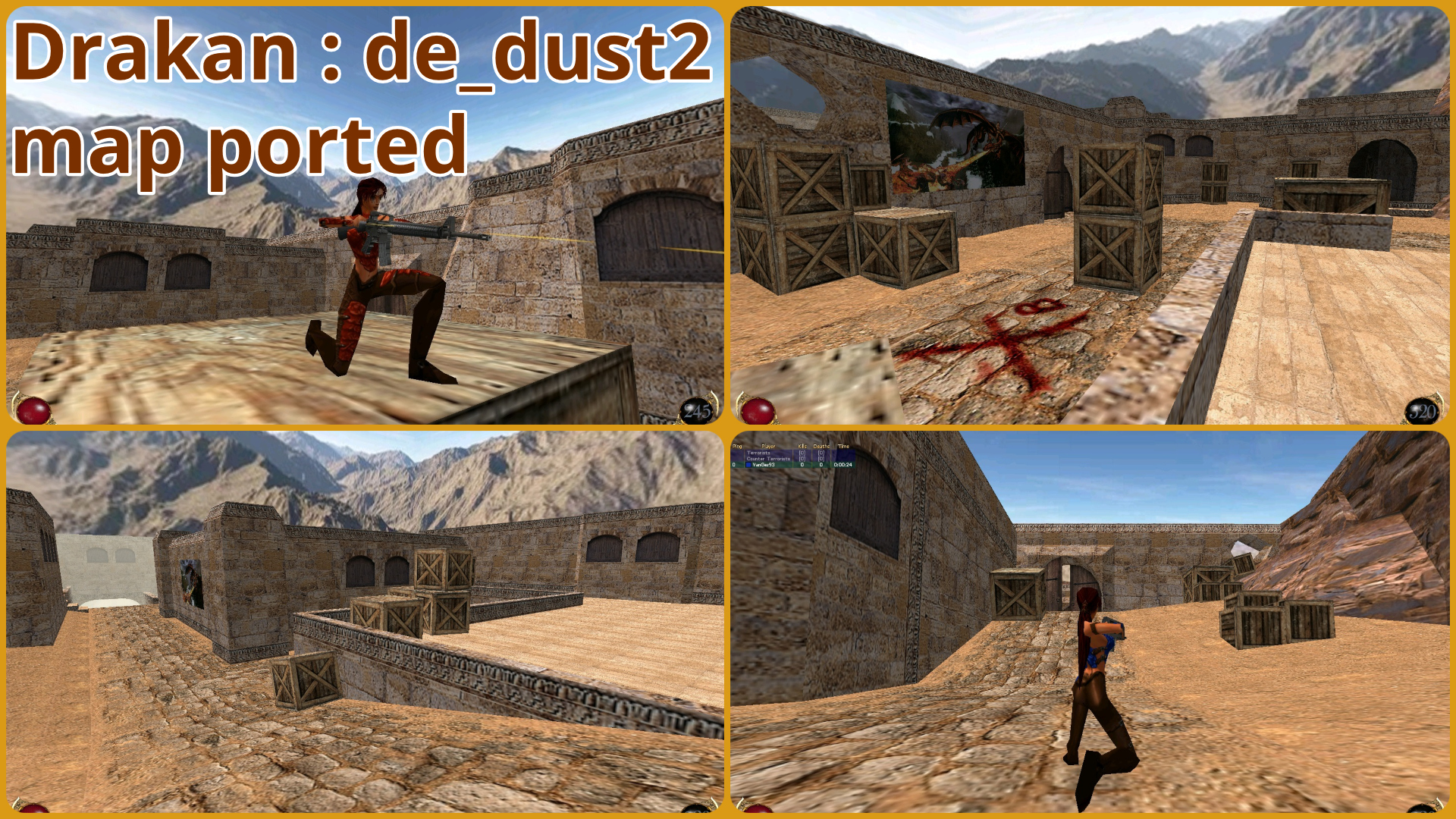 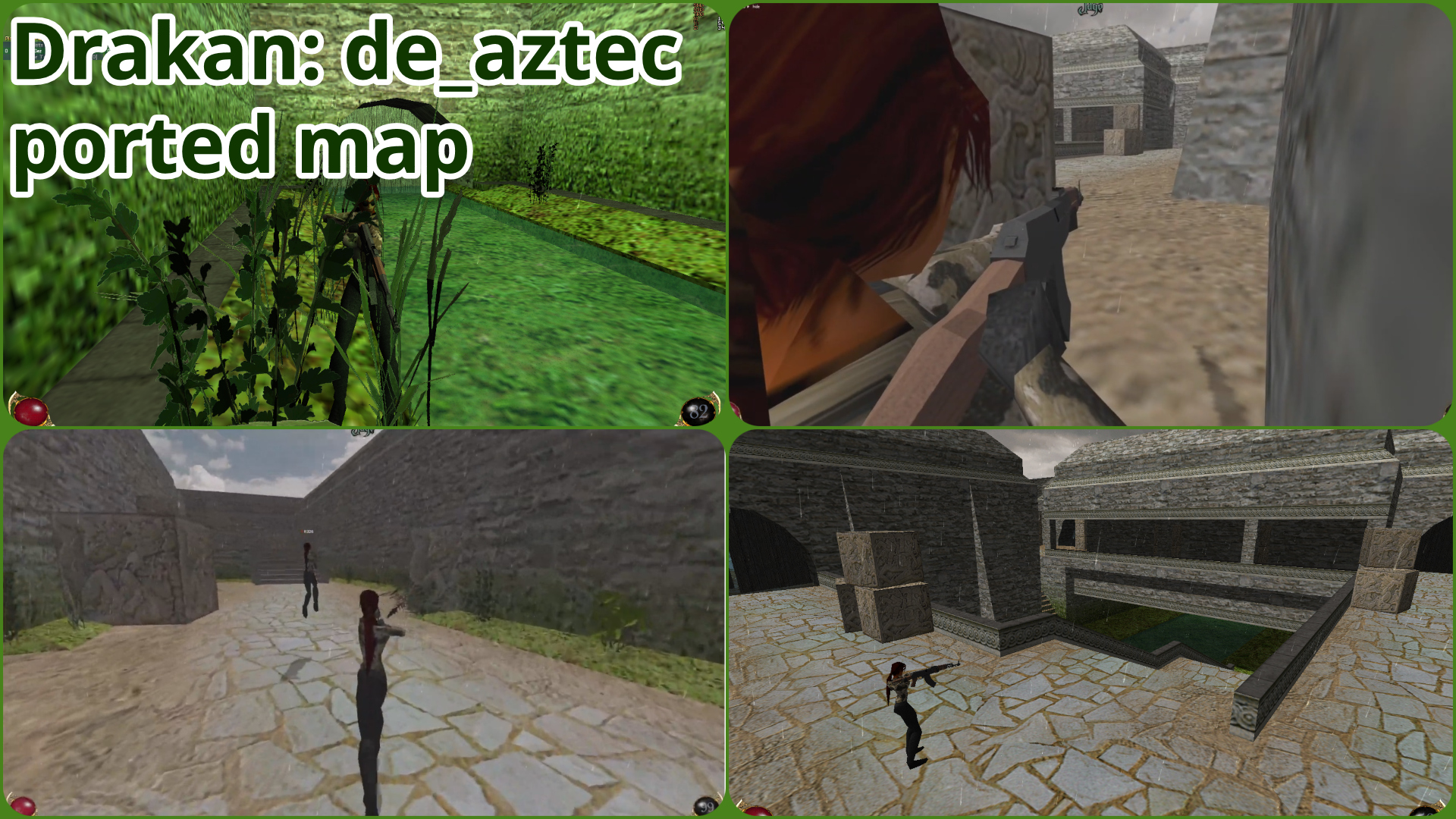 I noticed the 'bullet' count shows up in the dragon icon. Is the weapon a dragon class object?
Top

shoprat - weapon is simply duplicated class from multiplayer bow, I changed of course Number of Energy charges, set sounds, the same also with explosive arrows - duplicated class with my settings. No idea if weapons are properly set because I haven't opportunity to test with someone this multiplayer map, I thought about placing simple NPC to test it, however this NPC wont use these custom weapons properly 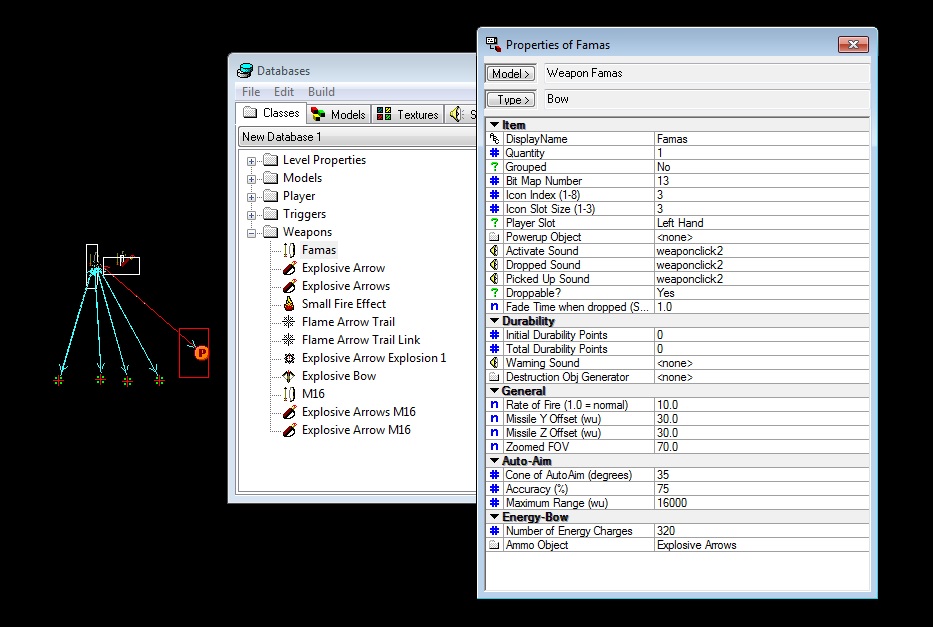 Just quick info about released ported map for Drakan : de_aztec . We had couple multiplayer matches and map testing. Take a look at recorded footage thanks to Jage:
https://youtu.be/2FogH72Ch6c
https://youtu.be/5Jj-c_mM98M

Updates for maps are included on first post. If you encounter any bugs, write to me.
As for de_aztec porting map to Drakan, there is quick history:
I used Crafty Nem's Tool for exporting de_aztec as obj file and I set it for Drakan, thanks to BuXXe's plug-ins that is possible to export as .reo Thanks also to Jage's help I was able to create interiors that nice lighting effect is possible. There are of course set 2 teams both Terrorists and Counter Terrorists. And the most important thing I used Assassin's modern weapon database that I imported to this level and changed model for higher quality.

Here are screenshots of showing particles effect of firing guns. I used Axe's modern database of Counter Strike weapons and Commando Rynn mod for make reference for making skins with Rynn's military camouflage. For new models of weapons I used Tabasco - Various Small Arms (Assault Rifles, Sniper, Pistol) But I have to set materials in Blender and bake all textures 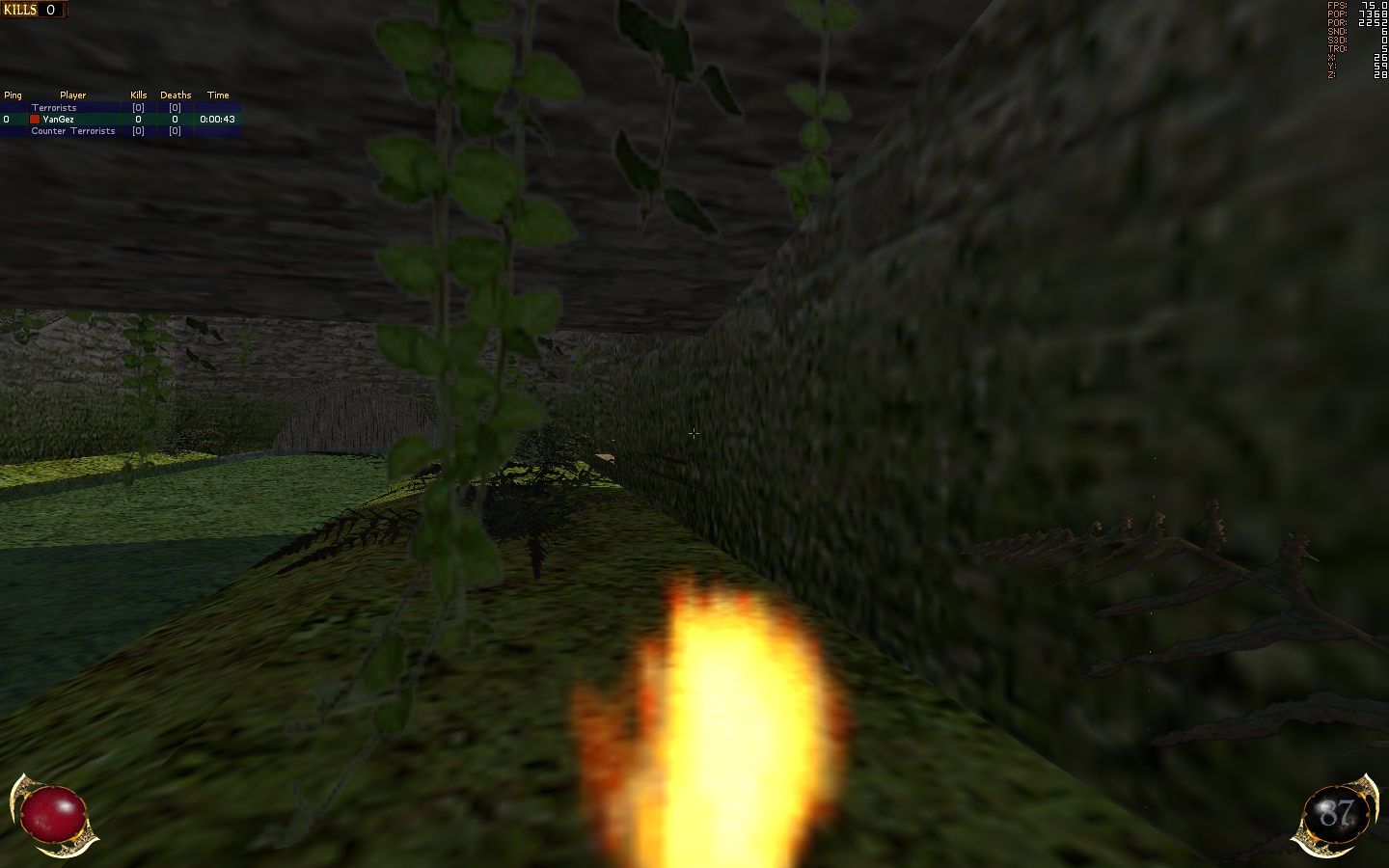 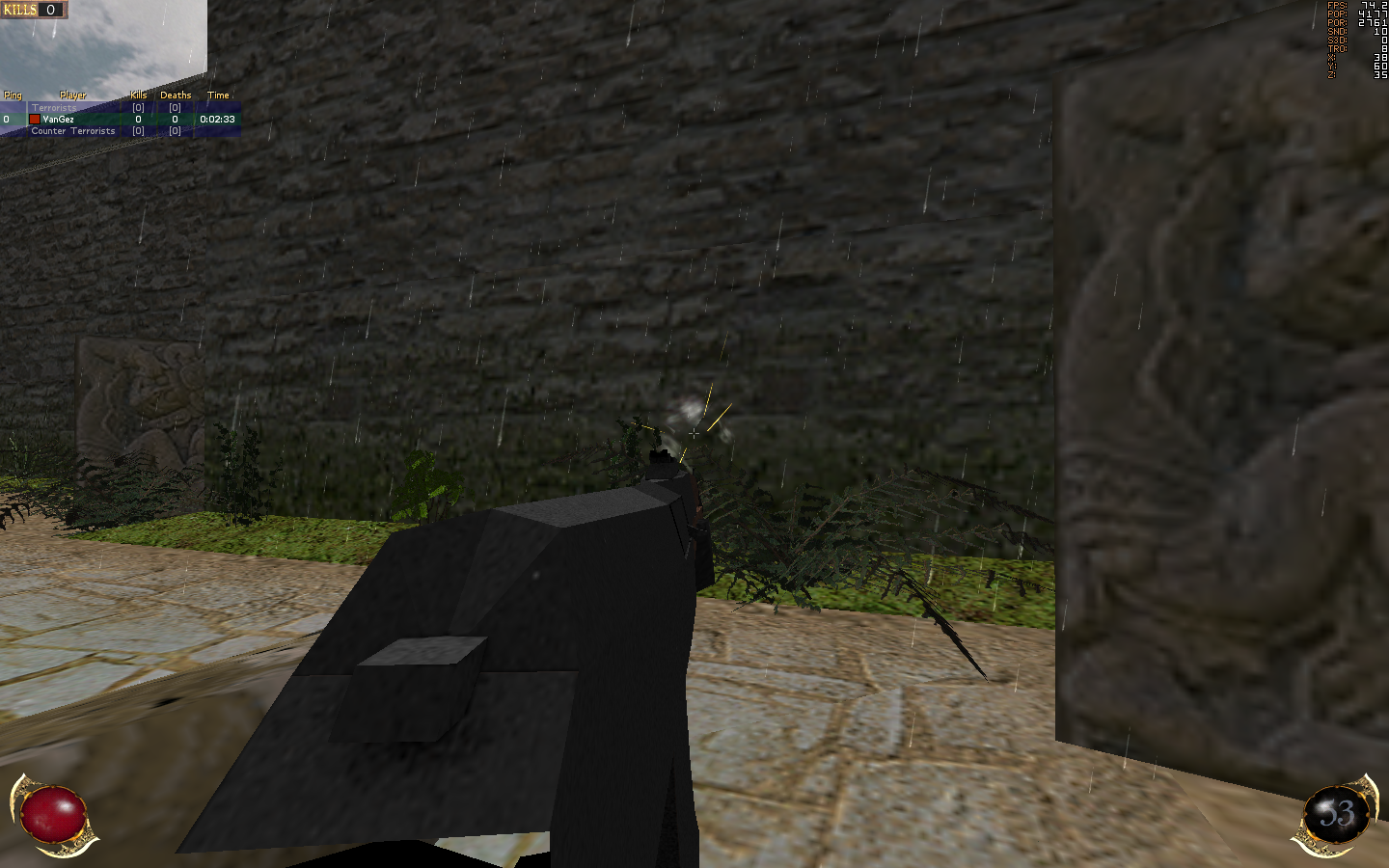